COVID-19 Information for Faculty and Staff: Find information about policies, benefits and resources related to COVID-19. Visit the Campus Blueprint for return to campus information. 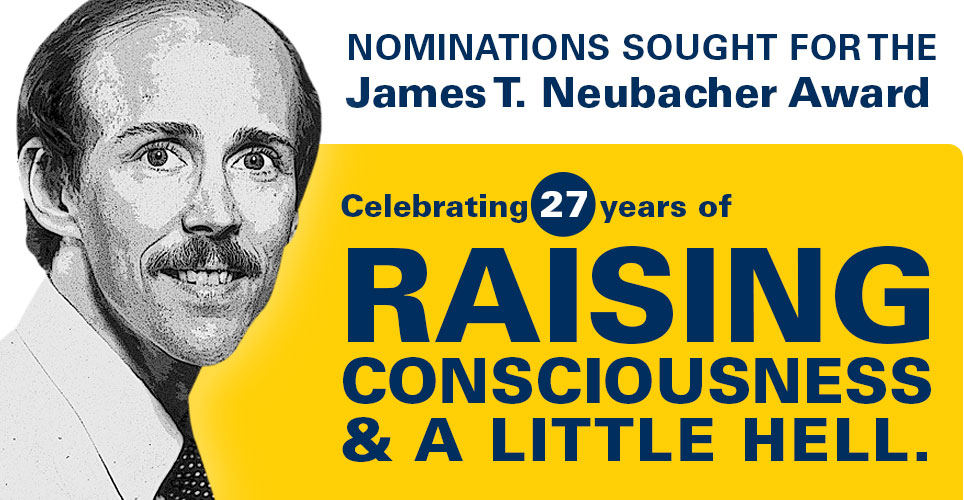 Nominations are now being accepted for the 27th annual James T. Neubacher Award. The award is presented to a faculty or staff member, student, or alumna/alumnus for significant achievements in

Established by the University of Michigan's Council for Disability Concerns in October 1990, the award is a memorial to James T. Neubacher, an alumnus of the University. Neubacher was also a columnist for The Detroit Free Press and an advocate for equal rights and opportunities for people with disabilities. The award is presented during Investing in Ability events held in October.

The deadline for nomination submissions is June 4, 2016.

More information and nomination forms are available at the award website or by contacting Anna Ercoli Schnitzer at 734.936.1402 or schnitzr@umich.edu. Celebrate those who champion a more inclusive society by making a nomination now.